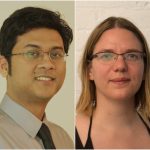 Voice refers to a personâ€™s ability to express their rightful opinions. This has long been a central concern for many sociologists, political scientists, and human- right activists, among others. Voice has also got the attention of the Computer Scientists, especially of some researchers of Human-Computer Interaction (HCI) and Information and Communication Technology and Development (ICTD), in recent years, and various computing systems have been built to help people raise their voices in various contexts. However, the core challenges for designing appropriate computing technologies to support the voices of marginalized communities have mostly been unexplored. In this talk, I will be presenting my work in Bangladesh and India on studying and designing computing technologies for â€˜accessâ€™, â€˜freedomâ€™, â€˜infrastructureâ€™, and â€˜visibilityâ€™ which constitute the idea of â€˜voiceâ€™.Â

Dr. Syed Ishtiaque Ahmed is an Assistant Professor of Computer Science at the University of Toronto. He leads the â€œThird Spaceâ€ research group here. He conducts research in the intersection between Human- Computer Interaction (HCI) and Information and Communication Technology and Development (ICTD). He received his PhD from Cornell University in 2017. His PhD research focused on the design challenges around â€˜voiceâ€™ which he defines through access, autonomy, and accountability. Most of his research is situated in Bangladesh and India, where he has had conducted ethnography and design with many underprivileged communities including readymade garments factory workers, evicted slum dwellers, rickshaw drivers, mobile phone repairers, and victims of sexual harassment. His work often engages with postcolonial computing, infrastructural politics, feminist HCI, and subaltern informatics.

Dr. Ahmed established the first HCI research lab in Bangladesh in 2009. He also launched the first open- source digital map-making initiative in Bangladesh in 2010. Very recently, he and his colleagues started an â€œInnovation Labâ€ in Bangladesh to promote grass-root level innovation in Bangladesh. Dr. Ahmed received the prestigious International Fulbright Science and Technology Fellowship in 2011. He also received Intel Science and Technology Center for Social Computing graduate fellowship in 2015. His research has been supported by National Science Foundation of USA, Intel, Microsoft Research, IBM Research, Samsung Research, World Bank, and National Institute of Mental Health of Bangladesh. He also has received multiple awards for his publications including a Best Paper award in ICTD and a Best Paper Honorable Mention Award in ACM CHI.

Data, â€œthe oil of the digital eraâ€, has came to be the most valuable resource of our modern society. As a scientist, I find it exciting to see news outlets using more and more data graphics to communicate facts, stakeholders increasingly rely on data analytics to gain insight into our world and make informed decisions, and governments increasingly promote and engage in open data. In the meantime, it is also daunting to witness how destructive fake news, rumours and falsehoods can be to a general population poorly prepared to engage in evidence-informed reasoning.

In this talk, I will discuss one of the most important societal challenge of our times: data literacy, defined as the ability to understand, find,Â collect, interpret, visualize, and support arguments using data. Through a sample of my recent research projects focusing on visualization creation, visual communication and visualization education, I will share my reflections on how we can cultivate an informed citizenry capable of critical thinking,Â reasoning, and knowledge-based decision making.

Fanny Chevalier is an Assistant Professor of Computer Science and Statistical Sciences at University of Toronto, where she conducts research in data visualization and human-computer interaction. In particular, she hasÂ been interested in methods and tools that support visual analytics andÂ creative activities, with a primary focus on interactive tools for the visual exploration of rich and complex data, visualization education, the design and perception ofÂ animated transitions, and sketch-based interfaces. Before joining UofT, she was a Research Scientist at Inria, France, and post-doctoral researcher at the University of Toronto, Ontario College of ArtÂ and Design University (OCAD-U), and Inria-Microsoft joint center in Paris. She obtained her PhD in Computer Science from the UniversitÃ© de Bordeaux. SheÂ is the recipient of an Inria grant for scientific excellence (PEDR) and her research papers have received awards at the premier venues in Human-ComputerÂ Interaction (ACM CHI, ACM UIST).Â

More information about the 2017/2018 Tux presentation series is available on the official Tux website. 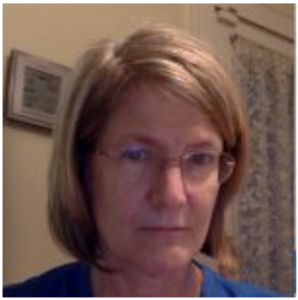 Interactive technology is increasingly integrated with physical objects that do not have a traditional keyboard and mouse style of interaction, and many do not even have a display. These objects require new approaches to interaction design, referred to as post-WIMP (Windows, Icons, Menus, and Pointer) or as embodied interaction design. This presentation provides an overview of the design opportunities and issues associated with two embodied interaction modalities that allow us to leave the traditional keyboard behind: tangible and gesture interaction. The presentation starts with an overview of four design projects which explore the design of tangible interaction with a reconceptualization of the traditional keyboard as a Tangible Keyboard, the design of interactive 3D models as Tangible Models, the design of gesture-base commands for a Walk-up-and-use Information Display, and the design of a gesture-based dialogue for the willful marionette art installation. These projects provide a foundation for design principles for tangible and gesture interaction and a call for research on the cognitive effect of these modalities.

Mary Lou Maher is Professor and Chair of Software and Information Systems at UNC Charlotte. Dr. Maherâ€™s current research interests include: cognitive effects of embodied interaction modalities, computational and cognitive models of creativity and curiosity, and design patterns for active learning strategies in CS education. At UNC Charlotte she has expanded the HCI program to include an undergraduate and graduate concentration in the CS and MSIT degrees, and she has established a Graduate Certificate in HCI. While at the University of Sydney, she created a new undergraduate degree called a Bachelor of Design Computing. While a Program Director at NSF, she started a funding program called CreativeIT.Â  She is the author or editor of 10 books and over 180 publications. Her most recent book, published in 2017 is Designing for Gesture and Tangible Interaction: http://www.morganclaypoolpublishers.com/catalog_Orig/product_info.php?products_id=1047

More information about the 2017/2018 Tux presentation series is available on the official Tux website.