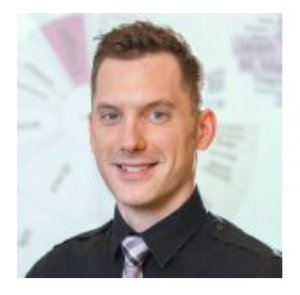 Text is one of the most prominent forms of open data available, from social media to legal cases. Text visualizations are often critiqued for not being useful, for being unstructured and presenting data out of context (think: word clouds). I argue that we should not expect them to be a replacement for reading. In this talk I will briefly discuss the close/distant reading debate then focus on where I think text visualization can be useful: hypothesis generation and guiding investigation. Text visualization can help someone form questions about a large text collection, then drill down to investigate through targeted reading of the underlying source texts. Over the past 10 years my research focus has been primarily on creating techniques and systems for text analytics using visualization, across domains as diverse as legal studies, poetics, social media, and automotive safety. I will review several of my past projects with particular attention to the capabilities and limitations of the technologies and tools we used, how we use semantics to structure visualizations, and the importance of providing interactive links to the source materials. In addition, I will discuss the design challenges which, while common across visualization, are particularly important with text (legibility, label fitting, finding appropriate levels of â€˜zoomâ€™).

Dr. Christopher Collins is the Canada Research Chair in Linguistic Information Visualization and an Associate Professor of Computer Science at the University of Ontario Institute of Technology (UOIT). His research focus is interdisciplinary, combining information visualization and human-computer interaction with natural language processing to address the challenges of information management and the problems of information overload. His work has been published in many venues including IEEE Transactions on Visualization and Computer Graphics, and has been featured in popular media such as the Toronto Star and the New York Times Magazine. Dr. Collins is a past member of the executive of the IEEE Visualization and Graphics Technical Committee and the IEEE VIS Conference Organizing Committee, and received his PhD in Computer Science from the University of Toronto.

Bill Buxton:
Ubiety: On Design, Place and the Importance of Manners 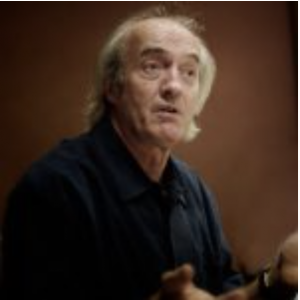 It is a paradox that the better we get at producing useful, affordable, desirable, usable technologies, the more we are confronted by complexity and lack of overall satisfaction. This is partially, or even mainly, due to the demands for economies of scale. Hence, we are deluged by digital do-dads apps, services and gadgets which on their own may be wonderful, but collectively create an overly complex ecosystem of baubles. What is missed is that the cumulative complexity of enough such baubles crosses the barrier, above which the ecosystem becomes inscrutable. Lying behind this is that things simply do not work together. In a world dominated by social computing, there are virtually no social relationships amongst the technologies themselves. Weisers label, Ubiquitous Computing, holds. But the result has little or anything to do with what he or the rest of us on the team envisioned or intended.

My argument is that he used the wrong word. Ubiquity, i.e, technology everywhere, all the time, etc. is no panacea. Rather, the word that fits far better is Ubiety a closely related term, but one which has at its core the notion of place. Hence, it points towards the right technology at the right place extended (in my usage, at least) to encompass place in the physical sense, but also time, social, cultural, temporal, absolute, relative, etc. Furthermore, if we layer the notion of mobility of human action on this framing, what emerges is an enhanced sense of the importance of transitions, and adaptation. This, by way of Piaget, leads us to perhaps a different way of thinking about intelligence of human and machine and how intelligent design may pave the way to wrestling the ever-growing complexity to the ground, thus enabling us, and our technologies, to meet our true and worthy potential.

Bill has been walking the path between where people and technology meet for over 40 years as a designer, musician, lecturer, writer, teacher, critic and researcher. His focus has always been on the human, and his work reflects a particular interest in the creative disciplines. He believes that appropriate design is that which enhances human intelligence and creativity, not replaces it. As a practicing skeptimist, he is a devotee of Melvin Kranzbergs first law: Technology is neither good nor bad; nor is it neutral. His corollary to this is, without informed design, it is more likely to lean to the bad than the good. It is towards becoming thus informed, and enlisting others to do so as well, that both his work, and this talk, are directed.